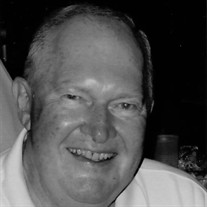 William Benjamin Walker, known by all as Ben, died peacefully on Tuesday, March 2, 2021 at Country Meadows of York-South. Born in Chambersburg on February 8, 1933, he was the son of the late Joseph and Madeline (Hoover) Walker. Ben was the loving husband of Pat (Baker) Walker, they were married for 65 years. Ben was a 1951 graduate of Chambersburg High School, where he excelled in athletics for the Trojans. He was a member of the All State Pennsylvania Conference Basketball Team, set the school’s basketball scoring record, led the South Pennsylvania Conference in basketball scoring his senior year, and was named to the All State Basketball Team in 1951. He was also a record setting shot putter on the Trojans’ track team. Following High School, Ben served in the US Army during the Korean War. After his discharge from the Army, Ben graduated from Shippensburg University, receiving both his Bachelor’s and Master’s Degrees. He taught Social Studies for Eastern York High School for 31 years. While at Eastern York, he started and coached the school’s first cross country team, and also coached track and football. Following his retirement from teaching, he worked for York Wallcoverings for 5 years. Ben and Pat lived in Hellam for 53 years before moving to Red Lion. He served as the President of the Eastern York Education Association, was the President of the Wrightsville Rotary, served as Chairman and Auditor of the Hellam Borough Planning Committee, was the President of the Hellam Athletic Association, and was the President of the Hellam Borough Council. Being active in local politics, Ben was elected and served one term on the Republican State Committee. He was also a long time basketball and baseball coach for the EYC. Ben and Pat always enjoyed and looked forward to their biannual trips to Cherry Grove Myrtle Beach which they did for 23 years often with family and friends from Hellam. As part of their retirement travels, they enjoyed numerous trips to the Caribbean with the “Hellam Cruisers” and several trips to Europe. They were particularly enamored with Germany and the Bavarian Alps. Ben was a member of Trinity United Church of Christ in Hellam, and was a life member at the Kreutz Creek Valley VFW and the Wrightsville Legion. In addition to his wife, Ben is survived by his sons, Douglas and his wife, Jan, Dave and his wife, Kim, and Drew and his wife, Robin; his sister, Barb and her husband, Vic; his grandchildren, Jonathan, Brok and his partner, Kelly, Katie and her husband, Alberto, Casey and her partner, Kyle, and Lacey; and his great-grandchildren, RJ, Kylie, CJ, and Lona. Private services for Ben will be held at the convenience of the family. Contributions in Ben’s memory may be made to Trinity United Church of Christ, 200 East Market Street, Hellam, PA 17406. Arrangements by the Etzweiler Funeral Homes and Cremation Service, 1111 East Market Street, York, PA 17403.

William Benjamin Walker, known by all as Ben, died peacefully on Tuesday, March 2, 2021 at Country Meadows of York-South. Born in Chambersburg on February 8, 1933, he was the son of the late Joseph and Madeline (Hoover) Walker. Ben was the... View Obituary & Service Information

The family of William "Ben" Benjamin Walker created this Life Tributes page to make it easy to share your memories.

William Benjamin Walker, known by all as Ben, died peacefully...

Send flowers to the Walker family.