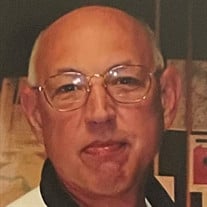 Thomas A. Graybill, Jr. entered into eternal rest on Sunday, January 23, 2022 at Manor Care North. He was the former husband to the late Susan Krouse. Born October 30, 1948 at the former Columbia Hospital, he was the son to Thomas A. Graybill, Sr. and Florence (Brommer) Graybill. Mr. Graybill was a graduate of Eastern York High School, Class of 1967. He began a fulfilling life, serving his country and his community. Thomas served in the United States Navy as a corpsman. Following his service, he volunteered with the Wrightsville Volunteer Fire Department where he served as the Assistant Fire Chief. He began a professional career working as a Respiratory Therapist and Paramedic in Lancaster County. He completed his Registered Nurse Education at St. Joseph Hospital School of Nursing. He continued his career working in York Hospital’s trauma service, West York Fire Department, York County Hazardous Materials Team, and White Rose Ambulance. He completed his professional career working for the York County Office of Emergency Management. Survivors of Thomas include Bruce W. Graybill and his wife Amy of Hazleton, Brent E. Graybill and his wife Jill of Dallastown, Grant C. Graybill of Shrewsbury, Wynter B. (Graybill) Guderjohn and her husband Tyler of Glen Rock, and six grandchildren. He was a member of the Trinity Lutheran Church of Wrightsville and a member of the American Legion Post 469. He was involved with the York County Amateur Radio Club for a number of years. Thomas loved the outdoors, hunting, and fishing. He spent much of his life admiring the Susquehanna River. A memorial service will be held on Monday, January 31, 2022 at 11:00 am at the Etzweiler Funeral Homes and Cremation Service, 700 Hellam St. Wrightsville. A visitation will be held Monday from 10:00 am until 11:00 am at the funeral home. In lieu of flowers, donations may be made to the Wrightsville Volunteer Fire Department or the American Cancer Society. Arrangements by the Etzweiler Funeral Homes and Cremation Service, 700 Hellam Street, Wrightsville, PA 17368.

The family of Thomas A. Graybill Jr. created this Life Tributes page to make it easy to share your memories.

Thomas A. Graybill, Jr. entered into eternal rest on Sunday,...

Send flowers to the Graybill family.