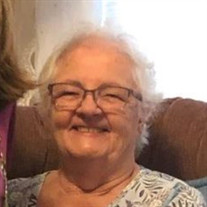 Sheril D. Merki, 81, of Martinsburg, WV, died at York Hospital on Wednesday, January 20, 2021. Born in Tyrone, PA, she was the daughter of the late Paul Eugene James McCoy and the late AnnaMary (Kreiger) McCoy. Sheril was the wife of the late Rev. William E. Merki, who preceded her in death on January 19, 2017. Sheril graduated from Susquenita High School in 1957 and then attended Harrisburg School of Nursing, graduating in the summer of 1960. Following School, she worked as an RN at the Harrisburg Hospital, where she met her favorite patient and future husband Bill. When their children were in high school, she worked as a cashier for Weaver’s Restaurant and Bakery and then as a desk clerk for Montgomery-Ward in Hancock, MD. Sheril always had a strong faith in her Savior Jesus Christ and a love for His Word, which led her later in life to become certified as a Pastor. She served as the Pastor of Mapleside United Methodist Church in Cumberland, MD in the early nineties and Inwood United Methodist Church in Inwood, WV in the mid -nineties. Above all, Sheril loved to spend time with her Lord, her family, and her puzzles. She also enjoyed reading and keeping up with current events, but she was never happier than when she was preparing to teach a Bible study. Sheril’s greatest desire in life was for others to come to know the saving power and grace of the Lord she loved so much. Hence, she spent much time in prayer and tried to mirror Jesus in all she said and did. She was also a great listener. On more than one occasion, complete strangers told her their life stories. When it came to her family, she was always ready with a word of love or a sassy retort. Sheril is survived by two sons, Scott E. Merki and wife, Medea, and Timothy P. Merki and wife, Heidi; one daughter, Lori K. Isiminger and husband, Chip; nine grandchildren, twelve great-grandchildren, and one great-great-grandchild. She was preceded in death by her son Craig A. Merki and her sister Donna (McCoy) Biesecker. A visitation will be held at 1:00 p.m. followed by a memorial service at 2:00 p.m. on Wednesday, January 27, 2021 at Grace Baptist Church, 3920 East Prospect Road, York, PA 17406 with Sheril’s nephew, Rob Merki, officiating. The family requests that attendees wear masks and practice social distancing. In lieu of flowers, contributions in Sheril’s memory may be made to the ministry or charity of your choice. Arrangements by the Etzweiler Funeral Homes and Cremation Service, 1111 East Market Street, York, PA 17403.

Sheril D. Merki, 81, of Martinsburg, WV, died at York Hospital on Wednesday, January 20, 2021. Born in Tyrone, PA, she was the daughter of the late Paul Eugene James McCoy and the late AnnaMary (Kreiger) McCoy. Sheril was the wife of the late... View Obituary & Service Information

The family of Sheril D. Merki created this Life Tributes page to make it easy to share your memories.

Send flowers to the Merki family.