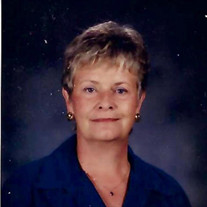 Sara Ann “Sally” Slonaker, 78, of York died Thursday, October 29, 2020 at her residence. She was the wife of Terry L. Slonaker, AIA, of Slonaker McCall, Architects. Mr. and Mrs. Slonaker celebrated their 58th wedding anniversary on September 1, 2020. Born January 18, 1942 in Frederick, MD, she was the daughter of the late Dr. James F. and Anna Ruth (Newcum) Mullan. Dr. Mullan was one of the founding physicians of the Memorial Osteopathic Hospital. Sally was a teacher at Loganville Elementary School in Loganville, PA, Oak Harbor Elementary School in Oak Harbor, WA, and Dallastown Middle School in Dallastown, PA. She taught Phys Ed and Biology. Sally graduated from William Penn Senior High School, Class of 1959 in York. She attended Albion College in Albion, MI. She graduated with her Education Degree from the University of Michigan in 1963 and obtained her Master’s Degree from Millersville University in 1966. Sally was a member of Aldersgate United Methodist Church, the Country Club of York, The Woman’s Club of York, Junior League of York where she was a past President, and the Garden Club of York where she was a Master Gardner. Sally served as President of the York Little Theater board and was also a board member for many years. She volunteered at the Jacobus Library reading books to children and also volunteered in the York Hospital Hospitality Shop. Sally and Terry enjoyed the adventures of traveling, visiting places all over the world, including the pyramids/sphinx in Egypt, Machu Picchu and Amazon Jungle in Peru, Alaska, and Acapulco, Mexico and cruising the rivers of Europe. In addition to her husband, Terry, Sally is survived by her 2 sons, Stephen T. Slonaker and his wife, Kimberly of Felton, PA and Timothy J. Slonaker and his wife, Tammy of Arnold, MD; 5 grandchildren, Quinn Slonaker and his spouse, Tori of York, Graeme Slonaker of NC, Maia Slonaker of NC, Devon Slonaker and Kendall Slonaker both of Arnold, MD; and her sister, Patricia Murphy and her husband, Ian of Tucson, AZ. Private graveside services will be held at Indiantown Gap National Cemetery, Annville, PA with Pastor Dale Parker, pastor of Aldersgate United Methodist Church, officiating. In lieu of flowers, memorial contributions may be made to York County Libraries, 159 East Market Street, York, PA 17401; The Children’s Hospital of Philadelphia Foundation, P.O. Box 781352, Philadelphia, PA 19178-1352, or to a favorite charity. Arrangements by the Etzweiler Funeral Homes and Cremation Service, 1111 East Market Street, York, PA 17403.

The family of Sara Ann "Sally" Slonaker created this Life Tributes page to make it easy to share your memories.

Send flowers to the Slonaker family.