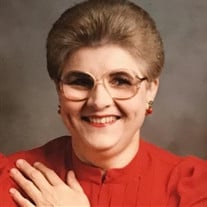 Sandra L. Christensen, 83, passed away in the company of family on August 31, 2021. Sandy, as she preferred to be called, was a graduate of William Penn Senior High School, Class of 1955. She received her Diploma in Nursing from Union Memorial Hospital School of Nursing in Baltimore in 1958. She practiced as a nurse and then advanced in her profession by receiving her Bachelor of Science in Nursing from the University of Maryland on August 31, 1967. She continued her education at Boston University, receiving a Master of Science in Nursing in 1969. She worked as a Certified Rehabilitation Clinical Nurse Specialist at Polyclinic Medical Center in Harrisburg in a unit specializing in spinal cord injuries until her retirement in December 2004. She was honored as a finalist for the 1995 Nightingale Award of Pennsylvania for Advanced Clinical Practice RN, which recognizes exceptional nurses in the state. During her service at Polyclinic Medical Center, she volunteered for the Pennsylvania “Chairiot” Racers, a group of wheelchair athletes. She was chosen to accompany the 1981 US Team to the International Wheelchair and Amputee Sports World Games in England as team nurse and even saw Prince Charles play polo in the days before his royal wedding to Lady Diana. Sandy was a passionate traveler and visited Patagonia and Greece, enjoyed cruises to Norway and Alaska, a safari in Africa and a final trip to France in 2014 - when she visited Normandy Beaches where her uncle had participated in the D-Day Invasion of 1944. Sandy also loved golf. She learned to play golf with her father, Charles Christensen, at the Country Club of York; she was a life-long member and won several Women’s Club tournaments. When she wasn’t playing golf, Sandy could be found watching golf on TV while she worked on her favorite hobby: knitting. Sandy was an expert knitter, creating afghans and other lovingly crafted gifts for family and friends. Sandy was also completely devoted to her family. After her father passed away, she took amazing care of her mother, Janet Christensen, who eventually moved in with Sandy. Later, when Janet moved to ManorCare, an assisted living facility, Sandy visited on a daily basis. In 2005, Sandy moved back to York, purchasing her dream home on Brockie Drive. In 2015, Sandy downsized to an apartment at the Normandie Ridge Retirement Community in York, where she enjoyed staying in touch with her friends, visits from her nephews, and volunteering in the community. She later relocated to their Memory Care unit, where she resided until her passing. Sandy is preceded in death by her parents, Charles E and Janet A (Stine) Christensen, as well as her sister and brother-in-law, Barbara and Thomas Donnelly. She is survived by her nephews Chuck Donnelly of California and Tom Donnelly and his wife Lisa of Florida. She is also survived by multiple cousins, nieces, and nephews in Pennsylvania, Florida, and Utah. Her memory also lives on in the hearts of her friends, classmates, patients, and fellow volunteers; anyone who met Sandy felt her passion for helping others. Due to the current Pandemic situation, no formal memorial services will be scheduled at this time. Those who would like to honor Sandy and continue her life’s work may give a donation in Sandy’s memory in lieu of flowers to “Athletes Without Limits” (www.athleteswithoutlimits.org/donate). Arrangements by the Etzweiler Funeral Homes and Cremation Service, 1111 E. Market St., York, PA 17403.

Sandra L. Christensen, 83, passed away in the company of family on August 31, 2021. Sandy, as she preferred to be called, was a graduate of William Penn Senior High School, Class of 1955. She received her Diploma in Nursing from Union Memorial... View Obituary & Service Information

The family of Sandra L. Christensen created this Life Tributes page to make it easy to share your memories.

Sandra L. Christensen, 83, passed away in the company of family...

Send flowers to the Christensen family.