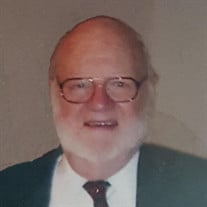 Roger Thayer Twitchell, Jr., 92, of York, PA, formerly of Cambridge, MA, died peacefully at home on Thursday, April 15, 2021. Born in Honolulu, HI on February 3, 1929, he was the son of the late Roger Thayer Twitchell and the late Lucy Bowditch (Balch) Twitchell Putnam. Roger studied at the Browne & Nichols School, Cambridge, MA from 1939-1943, the Milton Academy, Cambridge, MA from 1943-1947, and received his bachelor’s Degree in German Literature from Yale University in 1947. Following his graduation from Yale, Roger joined the US Air Force. He served in the USAF from November of 1951 until February of 1956. He was stationed at Spangdahlem AFB, Germany, where he navigated an RB-26 aircraft, running radar reconnaissance up and down the “Iron Curtain”. Following his service in the USAF, Roger entered into teaching. He taught at the Dublin School in New Hampshire. He then entered Boston University, where he received his Master’s Degree in Education in 1970. He went on to teach at York Country Day School for 14 years. He became the laboratory manager at the Pennsylvania State University, York Campus in 1978. He loved his job at Penn State, he said “it’s a wonderful job, with wonderful people”. Roger was a volunteer for the York Little Theater, serving as the house manager and as an actor. He was a member of the Rehoboth Welsh Choir, and he enjoyed singing Welsh songs up until his death. Roger enjoyed reading books and making his famous jigsaw puzzles and making hanging mobiles. His “Twitchell Puzzles” made of lauan or mahogany rivaled the best jigsaw puzzles in the world. Roger had a love of Germany and the German language, and was known to tell many tales about Germany in the German tongue. Roger is survived by his children, Roger Thayer Twitchell, III of York, Lucy F. Glorius and her wife, Deb of Harrisburg, and David Aiken and his wife, Debbie of Scotia, NY. He is also survived by his grandchildren, Lucy Keeney, Joshua Aiken, Melissa Juliano, and Thomas Aiken. He was preceded in death by his siblings, Lucy T. Cunningham, Elizabeth Snyder, and Edward B. Twitchell. Funeral services for Roger will be held at the convenience of the family with interment in Mount Auburn Cemetery, Cambridge, MA. Arrangements by the Etzweiler Funeral Homes and Cremation Service, 1111 East Market Street, York, PA 17403.

The family of Roger Thayer Twitchell Jr. created this Life Tributes page to make it easy to share your memories.

Send flowers to the Twitchell family.