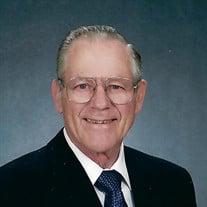 Robert “Bob” Caswell Morgan of Mechanicsburg, died on December 26, 2021 at his home. He was the husband of Margaret E. “Peggy” (Todd) Morgan with whom he celebrated 59 years of marriage. Born in Philadelphia on August 1, 1934, he was the son of the late Rev. David R. and Mary A. (Caswell) Morgan. Bob was a graduate of Wyoming Seminary and received a B.S. in education from Wilkes University where he was on the wrestling team and was later inducted into the Athletic Hall of Fame. He received his Master of Education of the Visually Impaired from Syracuse University. He was a fifth grade teacher in Maryland, taught the visually impaired in Carbon County and for the Lincoln Intermediate Unit #12 in York County from which he retired in 1993. As a member of Aldersgate U.M. Church, Bob was active in Christian education and missions; he was treasurer of LIU Teachers’ Union, a board member of the York County Blind Center, a member of York Postcard Club where he coordinated the York Postcard Show for years; and was a member of Recreation Advisory Committee for DCNR. Bob enjoyed being at his cabin in Michaux State Forest, working around his house and yard, spoiling his cats, but most of all spending time with his family. In addition to his wife he is survived by two daughters Mary Fair and her husband Michael, Susan Lutz and her husband Keith; grandchildren Rebecca Kruse and her husband Colton, Angela and Lydia Fair, and Joseph, Morgan, Maggie and Sammie Lutz; two great granddaughters Isabelle and Juliette Kruse; a brother and sister-in-law John and Janet Morgan, sister-in-law Irmgard Morgan, and nieces and nephews. He was preceded in death by a brother William Morgan. A private service will be held with a celebration of life service to be held at a later date. In lieu of flowers, contributions may be made to Aldersgate U.M. Church, 397 Tyler Run Road, York, PA 17403. Arrangements by the Etzweiler Funeral Homes and Cremation Service, 1111 East Market Street, York, PA 17403.

The family of Robert "Bob" Caswell Morgan created this Life Tributes page to make it easy to share your memories.

Send flowers to the Morgan family.