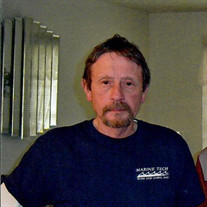 Richard L. “Rick” Summers, Jr., 68, of West Manchester Twp., died peacefully at home on Tuesday, May 24, 2022. Born in York on July 16, 1953, he was the son of the late Richard L. “Dick” Summers and the late Lois I. (Smith) Summers. Rick was the loving husband and best friend of Linda J. (Hamberger) Summers. They would have celebrated 50 years of marriage on June 24. Rick retired from Marine Tech where he worked as a machine operator and cable maker. Earlier in life he worked as an auto mechanic, a trade that he loved to practice all his life. Rick was a member of the Prince Athletic Association. He loved classic cars and Harley motorcycles; his current baby was his 1962 Impala. He also loved to attend the Mecum Car Auction in Harrisburg and Endless Summer Cruisin’ in Ocean City, MD. Above all, Rick was a family man, he cherished time with his family, especially the times spent with his grandchildren and great-grandchildren. In addition to his wife Linda, Rick is survived by his daughters, Tonya L. Klinefelter, and her husband Max of York and Colleen S. Bublinec, and her husband Michael of Thomasville, his sister Sandra Weire, and her companion Dale Lighty of York, his grandchildren Tyler Jones, Jada Jones, and Lilly Summers, his great-grandchildren Gunnar and Payton Jones, and his nephew Brian Weire. He was preceded in death by his brother Perry L. Summers. A funeral service will be held Friday, May 27, 2022 at 11:00 a.m. at the Etzweiler-Koller Funeral Home and Cremation Service, 2000 West Market Street, York with Pastor Kelly Shiflett officiating. Interment will follow in St. Paul’s Wolf’s Church Cemetery. There will be a viewing at the funeral home on Friday from 10:00 to 11:00 am. Those attending the service are encouraged to bring their classic cars and motorcycles in Rick’s memory. In lieu of flowers, contributions in Rick’s memory may be made to the SPCA of York County at www.ycspca.org. Arrangements by the Etzweiler-Koller Funeral Home and Cremation Service, 2000W. Market St. York, PA 17404.

The family of Richard L. "Rick" Summers Jr. created this Life Tributes page to make it easy to share your memories.

Send flowers to the Summers family.