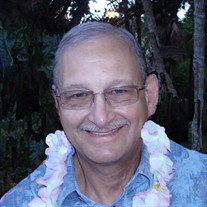 Richard S. Matson, Jr., 76, of York, PA, died at his residence on August 14, 2021. He was the husband of Lorraine M. (Lovelace) Matson with whom he observed their 43rd wedding anniversary on May 28, 2021. Born January 14, 1945 in York, PA, he was the son of the late Mary (Rhinehart) and Richard S. Matson, Sr. Richard retired from A. B. Dick as a supervisor following 21 years of employment. Following his retirement, he was a bus driver for the Red Lion Bus Company. He was a member of the NRA, an avid hunter and fisherman, loved to travel and was a loyal Penn State Fan. In addition to his wife, Richard is survived by two daughters, Kelly S. Ryan of Wrightsville, PA and Anita Belford and her husband Bob of York, PA; four grandchildren, Robert “Bubba” Belford, Alston “Bean” Belford, Shelby Grube and Lindsey Grube; a great granddaughter, Violet Judd and a brother, Larry Matson of York, PA. In addition to his parents, Richard was also preceded in death by twin grandsons, Wayne and Dalton Belford. Following cremation, a Celebration of Life Service will be held on Thursday, August 19, 2021 at 2:00 p.m. at the Etzweiler Funeral Homes and Cremation Service, 1111 E. Market St. York, PA with the Rev. Steve Warner officiating. A visitation will be held from 1:00-2:00 p.m. Thursday at the funeral home. In lieu of flowers, memorial contributions may be made to Hospice and Community Care, 4075 Old Harrisburg Pike, Mount Joy, PA 17552. Arrangements by the Etzweiler Funeral Homes and Cremation Service, 1111 E. Market St. York, PA 17403

The family of Richard S. Matson Jr. created this Life Tributes page to make it easy to share your memories.

Send flowers to the Matson family.