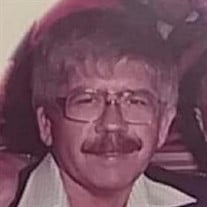 Richard W. Hake, 85, of York, died peacefully at Pleasant Acres on Thursday, January 21, 2021. Born in York on December 3, 1935, he was the son of the late Walter and Blanche (Waltermyer) Hake. Dick was the loving husband of 60 years to Sondra K, (Thyre) Hake. Dick was a graduate of William Penn High School. He went on to serve his country in the US Army. Being an accomplished drummer, he toured the world as a member of the US Army Band. He retired from Caterpillar, Inc., where he worked in the printing department. Drumming was Dick’s life. As a young drummer Dick played at York’s Teenage Club. He was a drum teacher and played with many bands over the years, making appearances in the early years of The Tonight Show, Rowen and Martin, and The Ed Sullivan Show. In addition to his wife, Dick is survived by his daughter, Jean E. Sowers and her husband, Jeff of Spring Grove; and his grandchildren, Janelle Jackson and her husband, Danny, Jeremy Sowers and his wife, Brenna, and Julia Sowers. He is also survived by his great-grandchildren, Mac and Zeck Jackson, Emery Sowers, and baby girl Sowers (to arrive any day). He was preceded in death his children, Julie and Rex Hake. Due to the Covid-19 pandemic, a private graveside service for Dick will be held at the convenience of the family in Prospect Hill Cemetery. A public service to celebrate Dick’s life will be announced in the coming months. In the coming days, friends may watch the graveside service on the funeral home’s website: www.etzweilerfuneralhome.com. Contributions in Dick’s memory may be made to the SPCA of York County, 3159 Susquehanna Trail North, York, PA 17406. Arrangements by the Etzweiler Funeral Homes and Cremation Service, 1111 East Market Street, York, PA 17403.

Richard W. Hake, 85, of York, died peacefully at Pleasant Acres on Thursday, January 21, 2021. Born in York on December 3, 1935, he was the son of the late Walter and Blanche (Waltermyer) Hake. Dick was the loving husband of 60 years to Sondra... View Obituary & Service Information

The family of Richard W. Hake created this Life Tributes page to make it easy to share your memories.

Send flowers to the Hake family.