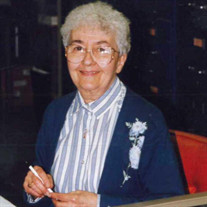 On November 16, 2021, Phyllis Jean (Hopkins) Eisensmith was forever joined with her beloved husband of 58 years, Richard (Eisey) E. Eisensmith. She was born in York on July 19, 1930, the daughter of the late Gladys E. (Sheely) Campbell Wilkinson and the late Melvin John Hopkins. She graduated from William Penn Sr. High School in 1948 and, after six years in the Secretarial Pool in the former York Corporation, she became a fulltime housewife and mother until their two sons were in school. In 1968 she returned to William Penn as the Guidance Secretary, which she considered to be the greatest job in the world. She retired 28 years later in 1996, after the period which she and her co-workers considered to be York High’s Golden Years. She was a lifetime member of Zion United Church of Christ Church and Sunday School, a member of the choir, All-Two’s S. S. class, a teacher, member of The Never Grow Old Olders senior group, member of Zion Church Women, and a member of the Prayer Chain. Her church family was most precious to her. Phyl and Eisey enjoyed almost two years of total contentment at Kelly Village of York before his cruel illness took him from us all. At Kelly, Phyl was a member of the Kelly Chorus, the Kelly Players, and enjoyed the bus trips to restaurants, concerts, and other points of interest. Both Phyl and Eisey came to consider the other residents, staff, and volunteers as family and were grateful for their kindnesses and acts of love. Surviving are her sister, Sandra L. Campbell of York, son Kevin and wife Kathy of Indiana, PA, son Michael and wife Soon Mi of Daegu, Republic of Korea, grandsons Christopher and wife Kathryn, Nicholas and wife Abigail, and Jason, who lived with Phyl and Eisey during his childhood until he graduated from high school, and great-grandsons Alan Richard, Owen Edward, and Ignatius Alexander. Memorial expressions may be sent to Zion UCC, 100 Lafayette St., York, PA 17401 or to the World of Scouting Museum, P.O. Box 2226, Valley Forge, PA 19482-2226 (http://www.worldofscoutingmuseum.org/). A memorial service will be held at Zion UCC in the spring. Arrangements by the Etzweiler Funeral Homes and Cremation Service, 1111 E. Market St. York, PA 17403

On November 16, 2021, Phyllis Jean (Hopkins) Eisensmith was forever joined with her beloved husband of 58 years, Richard (Eisey) E. Eisensmith. She was born in York on July 19, 1930, the daughter of the late Gladys E. (Sheely) Campbell Wilkinson... View Obituary & Service Information

The family of Phyllis Jean (Hopkins) Eisensmith created this Life Tributes page to make it easy to share your memories.

Send flowers to the Eisensmith family.