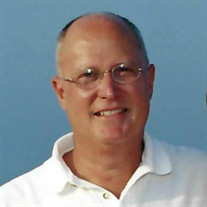 Philip B. Jones, 72, of York died May 24, 2021 at his residence. He was the husband of Paula (Seitz) Jones. Phil and Paula were married 54 years on February 18, 2021. Born June 24, 1948 in York, he was the son of the late Rayherman and Louise (Hildebrand) Jones. Phil began working in 1974 for the former Yorktowne Paper Mills which later became The Newark Group. He retired in 2011 as the Senior Vice President of the converting division for The Newark Group. Phil was a 1966 graduate of Dallastown Area High School. He was an avid fly fisherman traveling to fish and also loving the Susquehanna. He also enjoyed his workshop making great home improvement projects. Phil and Paula loved to travel with family and friends. Family vacations at the Outer Banks were a favorite. He loved his family immensely, and especially his grandchildren, the light of his life. In addition to his wife, Paula, he is survived by his 2 sons, Ken Jones and his wife, Lauren of York and Todd Jones and his wife, Kellye of Pittsburgh; 5 grandchildren, Ashly Greeninger and her husband, Tyler, Hunter Jones, Emilye Wills, Abigale Jones and Kennedye Jones; a brother, Michael Jones and his wife, Jessica of York; a niece, Megan Morningstar; and a nephew, Kurt Jones. A memorial service will be held Saturday, May 29, 2021 at 11:00 a.m. at the Etzweiler Funeral Homes and Cremation Service, 1111 E. Market Street, York. A visitation will be held Saturday from 9:30-11:00 a.m. at the funeral home. Memorial contributions may be made to a favorite charity. Arrangements by the Etzweiler Funeral Homes and Cremation Service, 1111 E. Market St. York, PA 17403.

The family of Philip B. Jones created this Life Tributes page to make it easy to share your memories.

Send flowers to the Jones family.