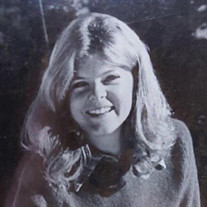 Patricia McCabe Latchaw, 69, of York died Wednesday, December 16, 2020 at 6:35 p.m. Born January 28, 1951 in York, she was the daughter of the late Vincent Paul and Frances (Wolf) McCabe and sister of Fran Polk and Liz Shorb. Patti graduated from York Suburban High School and received her 4 year degree from the University of Kentucky majoring in English and Photography. After college, Patti’s deep love for horses led her to working with thoroughbred horses for a year. In 1973, Patti moved to Vail, CO and worked for Vail Associates and was the office manager for Morgan Construction Company. On April 30, 1977, she married John Latchaw. They lived on a houseboat on the Columbia River in Oregon. She was a photographer and reporter for the Portland Newspaper. Patti and John returned to Vail in 1978 and in 1981, they bought the unincorporated town of Wolcott, CO. They had 2 daughters, Rachel and Shannon while living in Wolcott. In 1987, they sold the town of Wolcott and moved back to Patti’s hometown of York, PA. Patti worked for Olive Padden Real Estate and was the President of The Junior League of York. After Rachel and Shannon graduated from high school, Patti moved with her family to Penn Yan, NY where they bought a beautiful 1850’s Italianate home and transformed it into a 7 bedroom Bed and Breakfast in 2002. They sold the business in 2012 due to Patti’s illness and moved back to York where she passed away on December 16, 2020. Patti was an incredible woman. She was so imaginative with Rachel and Shannon while they were growing up and had an amazingly positive outlook on life all the way to the end. Rachel would say “they were so lucky to have her as their mom.” According to John “Patti was the most beautiful person I’ve ever known.” Patti is survived by her husband, John Latchaw from Montana; daughter and son-in-law, Rachel and Adam Bupp from York; sister, Fran Polk from York; and sister, Liz Shorb and her husband, George Shorb of York. She was preceded in death by her daughter, Shannon Latchaw who died June 25, 2012. Private services will be held at the convenience of the family. In lieu of flowers, contributions may be made in memory of Patti and Shannon Latchaw to the Humane Society of Yates County New York, 1216 Route 14A, P.O. Box 12, Penn Yan, NY 14527. Arrangements by the Etzweiler Funeral Homes and Cremation Service, 1111 E. Market St. York, PA 17403.

The family of Patricia McCabe Latchaw created this Life Tributes page to make it easy to share your memories.

Send flowers to the Latchaw family.