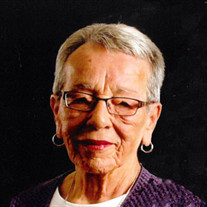 Mary Ann (Leese) Firestone, 77, died on Tuesday, May 4, 2021 at her residence. She was the wife of the late Gerald E. “Jerry” Firestone. Mary was born in Dover, PA on October 29, 1943, daughter of the late Raymond D. and Hilda (Simpson) Leese. Mary graduated from Dover High School, Class of 1961. She worked at several banks before retiring from Normandie Ridge. She was a member of the Shiloh American Legion Post 791 Ladies Auxiliary. Mary was a loving wife, mother, and grandmother. She is survived by her daughter, Janelle M. Firestone-Randolph and her husband, Mark of Spring Grove; son, Marc A. Firestone, retired U.S. Coast Guard, and his companion, Carrie Kwitkowski of Dover; two grandsons, Cameron and Bradyn Randolph of Spring Grove; sister, Pauline Donavan of Pennsylvania; and two sisters-in-law, Phyllis Leese of Dover and Judy Leese of Annapolis, MD. She was preceded in death by her granddaughter, Katelyn Noel Firestone; and four brothers, George, Raymond, John, and Glen Leese. Following cremation, a Celebration of Life Service will be held at 7 p.m. on Monday, May 10, 2021 at the Etzweiler Funeral Homes and Cremation Service, 1111 E. Market St., York, with Pastor Donald Alspaugh officiating. A visitation will be held on Monday from 6 to 7 p.m. at the funeral home. Burial will be private at the convenience of the family. In lieu of flowers, memorial contributions may be made to the American Cancer Society, P.O. Box 22478, Oklahoma City, OK 73123 or to Shiloh American Legion Post 791 Ladies Auxiliary, 1490 Poplars Road, York, PA 17408. Arrangements by the Etzweiler Funeral Homes and Cremation Service, 1111 E. Market St., York, PA 17403.

The family of Mary Ann Firestone created this Life Tributes page to make it easy to share your memories.

Send flowers to the Firestone family.