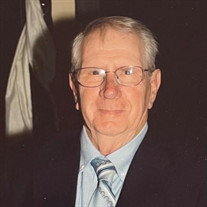 Kent E. Smith, 78, of Yorkana, PA died Monday, December 28, 2020 at York Hospital due to COVID-19. He was the husband of Juanita (Flaharty) Smith to whom he was married to for 60 years. Born December 25, 1942 in East Prospect, PA, he was the son of the late Clarence L. and Marie A. (Houseal) Smith. Kent was an active member of Susquehanna church of Christ in Marietta, PA. He was a member of the class of 1961 at Eastern York Senior High School. Kent was an avid hunter and fisherman, loved Camp Lonesome Pines in Fowlers Hollow, Blain, PA which he was the founder of in 1978, a life time member of Yorkana Fire Company, life time member of East Prospect Fish and Game where he is on the board of directors, and a member of Blain Sportsmen Association. Kent’s life revolved around his love of children. He was a coordinator and coached many years for Yorkana Baseball for Boys and was a past president of Eastern York County Baseball for Boys. He never missed a sports event or activity that his children, grandchildren, and great grandchildren were involved in. In the past, Kent worked at Lyon Metal Products, FCI, Berg Electronics, Dupont, Tooling Dynamics, and presently at Rolling Hills where he drove a van for special children. Kent is survived by his son, Wade Smith and daughter-in-law, Margaret (Caracher) of Wrightsville; daughter, Angela (Smith) Herman and son-in-law, Richard of East Prospect; son, Anthony Smith and daughter-in-law, Linda of East Prospect; grandchildren, Joshua Smith (Crystal), Samantha (Herman) Mergler (Aaron), Jason Herman (Brittany), Cyrena Smith, and Kyle Smith (Brianna); great grandchildren, Conner Herman, Kyrie and Tristan Mergler, Jackson and Hailey Smith, Barrett Smith, and River Rose Toomey; and beloved Uncle to many nieces and nephews. He was preceded in death by his brothers, Marvin, Wayne, and Donald Smith. Graveside services will be Saturday, January 2, 2021 at 1:00 p.m. at Macphelah Cemetery, 101 Blue Stone Road, York, PA (Yorkana) with Evangelist Scott Long officiating. All are welcome. Mask wearing and social distancing is required. A celebration of life will be held at a later date. Kent’s favorite charities were Ronald McDonald House and St. Jude Children’s Hospital. Arrangements by the Etzweiler Funeral Homes and Cremation Service, 1111 E. Market St., York, PA 17403.

The family of Kent E. Smith created this Life Tributes page to make it easy to share your memories.