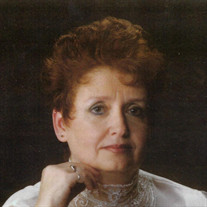 Joyce M. Ferree, 74 of Dover, PA, passed away peacefully on May 7, 2022. She was the wife of Leonard C. Ferree, Jr., with whom she observed their 34th wedding anniversary on July 24, 2021, Born December 16, 1947, in York, PA, she was the daughter of the late Robert E. and Liliana (Russo) Senft. Joyce was a 1965 graduate of William Penn Senior High School and retired as a buyer for the former Green’s Dairy and Kemps Foods, Inc. In addition to her husband, Joyce is survived by two daughters, Jessica Bliss and her husband, Joe Filipelli of Dover, PA and Kara Gurreri and her husband, Corey of York, PA; a son-in-law, Keith “Cheef” Kline of Dover, PA; ten grandchildren; two great-grandchildren; and two brothers, Robert Senft and his wife, Faye of Mays Landing, NJ and Dan Senft and his wife, Chrissy of York, PA. In addition to her parents, Joyce was also preceded in death by a daughter, Selina Bliss who passed away on December 29, 2021. Following cremation, services will be at the convenience of the family. Memorial contributions may be made to the Parkinson’s Foundation, (For Parkinson’s Research), 1359 Broadway, Suite 1509, New York, NY 10018. Arrangements by the Etzweiler-Koller Funeral Home and Cremation Service, 2000 W. Market St. York, PA 17404.

The family of Joyce M. Ferree created this Life Tributes page to make it easy to share your memories.

Send flowers to the Ferree family.