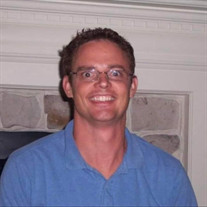 Jeremiah L. Wright, 47, died on Thursday, April 21, 2022 at UPMC Memorial. Jeremiah was born in York on September 2, 1974, son of Lori L. (Hanna) Morningstar and her husband, Jack of York and Jeffrey L. Wright of Seven Valleys. Jeremiah graduated from West York High School where he won the districts in football. He was also third in the state in track and field 4x4 relay and voted King of Hearts by his high school peers. He went on to Lebanon Valley College, receiving his bachelor’s degree in social work and criminal justice. He graduated from Academy of Arts for massage therapy. During his career, Jeremiah held several jobs. He was the York City Park Director. He was a Behavioral Health Counselor for Phil Haven and helped with the after-school program. He then became the coordinator of the after-school program and then Assistant Director of human resources. He was also the Executive Director of Disability Empowerment Center, providing services for those with disabilities. Jeremiah was an avid Pittsburgh Steelers fan. He was a friend to all, no matter of their social standing. Being kind and accepting everyone as Jesus Christ did was very important to him. Most of all he loved spending time with his two beautiful daughters, Myah and Livia. Instead of goodbyes they would say “kiss, kiss, catch.” In addition to his parents, Jeremiah is survived by his daughters, Myah and Livia Wright; mother of his children, Sara Wright; paternal grandmother, Audrey Wright; step sister, Tara Wagner; step grandfather, Kenneth Schwartz; numerous aunts, uncles, cousins, and friends. He was preceded in death by his sister, Sherry L. Wright; maternal grandmother, Mary Lou Schwartz, maternal grandfather, Roy L. Hanna; and paternal grandfather, Harry Wright. A funeral service will be held at 11:00 a.m. on Friday, April 29, 2022 the Etzweiler Funeral Homes and Cremation Service, 1111 E. Market St., York, with the Rev. Kelly Shiflett officiating. A viewing will be held on Friday from 10:00 to 11:00 a.m. at the funeral home. Burial will follow in Mount Zion Cemetery. The family would like to thank all his wonderful caregivers, especially Deanna Ebron, Beth Retzel, Mike Moses, and Jodda for always making him smile when they walked into the room. In lieu of flowers, memorial contributions may be made to the National MS Society, P.O. Box 91891, Washington, D.C. 20090. Arrangements by the Etzweiler Funeral Homes and Cremation Service, 1111 E. Market St., York, PA 17403.

The family of Jeremiah L. Wright created this Life Tributes page to make it easy to share your memories.

Send flowers to the Wright family.