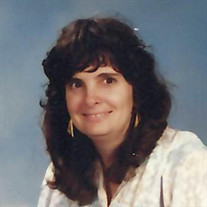 Jacqueline Rose Woerner, 71, of Oldsmar, FL and formerly of Valley Stream, Long Island, New York died March 5, 2022 at Orchid Cove Nursing Home. Born December 18, 1950 in Garden City, Long Island, New York, she was the daughter of the late Robert Gibson and Ruth M. (Rafter) Woerner. Jackie was a waitress at several restaurants. She enjoyed going out to eat and loved to play Bingo, do crafts, watch movies and listen to Elvis and the Beetles. She is survived by her son, Richard R. Blair and his wife, Gail of Yoe; 2 grandsons, Hunter and Alex Blair of Yoe; a brother, Robert Victor Woerner and his wife, Sharon of York; and numerous nieces and nephews. Following cremation, a Celebration of Life service will be held Monday, March 28, 2022 at 5:00 p.m. at the Etzweiler Funeral Homes and Cremation Service, 1111 E. Market Street, York. A visitation will be held Monday from 4:00-5:00 p.m. at the funeral home. Arrangements by the Etzweiler Funeral Homes and Cremation Service, 1111 E. Market St., York, PA 17403.

The family of Jacqueline Rose Woerner created this Life Tributes page to make it easy to share your memories.

Jacqueline Rose Woerner, 71, of Oldsmar, FL and formerly of Valley...

Send flowers to the Woerner family.