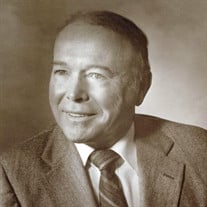 Jacob “Jack” A. Barnhart, 94, of York died September 7, 2020 at his residence. Jack was the husband of DeLoyce (Strawhecker) Barnhart. Jack and DeLoyce were married for 67 years on June 20, 2020. He was a veteran of WWII. Born October 23, 1925 in Harrisburg, he was the son of the late Elwood and Beatrice (Harr) Barnhart. In his senior year at John Harris High School in Harrisburg, he enlisted in the Army Air Corps and served in Okinawa, Japan and was discharged in 1946. When Jack was young, he worked in the food market where he carried ladies’ groceries in wagons to their homes. He also worked at a fish market and with farmers during the summers. Later he was a Page Boy for the House of Representatives. Jack was president and owner of E.K. McConkey & Co. He started with 3 employees and the company now has over 100 employees. He enjoyed his travels to the Eastern Shore selling insurance. In 1964, he was one of 5 men from York that founded Ski Roundtop. He was the first president of Ski Roundtop and served on the boards of Ski Roundtop, Ski Liberty, Whitetail Ski Resort, and Ski Windham. Jack owned race horses which he raced at Penn National, Pimlico, and Delaware Park Racetrack. His stables were known as Smallbrook Stables. Jack served on several boards including: Cor-Box, Loc-Box, Truck Driving School, Etco Tools, Country Club of York, and Presbyterian Senior Living. He was a member of the Country Club of York, Lafayette Club where he was President, Rambo Run Trout Fishing Club, the Narrows Trout Fishing Club, and Hurlock Duck Hunting Club, Maryland. He was a former member of the Out Door Country Club. Jack enjoyed fishing, golf, hunting, skiing, and dancing. He had 2 holes-in-one at the Country Club of York and 1 hole-in-one at the Out Door Country Club. Jack fished in the White Marlin Open for over 30 years in Ocean City, Maryland and also won the Ocean City Tuna Tournament one year. In the days of CB’s, his handle was “Sportsman”. Dancing was a very big part of Jack and DeLoyce’s life. They would go to many different locations to dance to the big bands. Their favorite song was “Memories”. In addition to his wife, DeLoyce, he is survived by his brother, Ernest Barnhart of Harrisburg. He is also survived by many nieces, nephews, great and great great nieces and nephews that called him “Uncle Jake”. According to his wishes and COVID regulations, no viewing or services will be held. Graveside prayers for family members only will be held at East Harrisburg Cemetery on Tuesday, September 15, 2020. Steve Proctor, the former CEO of Presbyterian Senior Living, will officiate. On the night of September 6, 2020, a Visiting Angel Caregiver said prayers, played guitar, and sang hymns including Amazing Grace at his bedside all night before he passed the morning of September 7th, Labor Day at 5:55 a.m. In lieu of flowers, memorial contributions may be made to the Appell Center for the Performing Arts, 50 North George Street, York, PA 17401 or to a favorite charity. Arrangements by the Etzweiler Funeral Homes and Cremation Service, 1111 East Market Street, York, PA 17403.

The family of Jacob A. Barnhart created this Life Tributes page to make it easy to share your memories.

Send flowers to the Barnhart family.