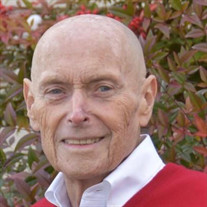 Gerald P. Hester, 78, of Springettsbury Township, York County, PA died peacefully surrounded by his family on August 21, 2021. Jerry was the son of the late Daniel and Florence (Davidson) Hester. He is survived by his loving wife of 55 years Rebecca "Becky" Lloyd Hester, his children, and their spouses: Christopher Hester M.D. and his wife Brenda of State College, PA; Paul Hester M.D. and his wife Amy of Lancaster, PA; and Jennifer Hester Schalk Ph.D. and her husband John of Naperville, IL. He is also survived by his grandchildren Lauren Hester Andersen (Ben), Allison Hester, Kelly Hester, Daniel Hester, Michael Hester, Emily Schalk, and Molly Schalk. Additionally, Jerry is survived by his brother Eugene Hester and was preceded in death by his sister Jane Harford. Jerry was born on November 22, 1942 in Chester, PA. He graduated in 1961 from Eddystone High School where he played football and participated in track; he then graduated with a B.S. degree from Millersville State College in 1966. Jerry enjoyed a career as a motor freight salesperson, working for Miller's Motor Freight, AAA Trucking, APA Transport, and ABF Freight from which he retired in 2008. Time with family was precious to Jerry and was his greatest joy. In particular he loved spending time with his grandchildren and attending their numerous activities, especially sports. Jerry was known for his positive attitude, being kind to all, and for bringing out the best in people. He enjoyed traveling with his wife, boating at Raystown Lake with family, and hunting with his sons and fellow club members at Blackwolf Rod and Gun Club. Jerry was a member of various traffic clubs and Hawk Gunning Club. He was also a member of Mt. Zion United Church of Christ where he served on the church council, and he was a member of the Ridgerunners. A visitation will be held at Mt. Zion United Church of Christ, 1054 Ridgewood Road, York, PA on August 28, 2021 at 10:00 am. A memorial service will follow at 11:00 am with Pastor Danielle Neff officiating. Burial will be at Mt. Zion Cemetery. In lieu of flowers, memorial donations may be made to Mt. Zion United Church of Christ Memorial Fund, 1054 Ridgewood Road, York, PA 17402 or to the National Kidney Foundation at www.kidney.org. Arrangements by the Etzweiler Funeral Homes and Cremation Service, 1111 E. Market St. York, PA 17403

Gerald P. Hester, 78, of Springettsbury Township, York County, PA died peacefully surrounded by his family on August 21, 2021. Jerry was the son of the late Daniel and Florence (Davidson) Hester. He is survived by his loving wife of 55 years... View Obituary & Service Information

The family of Gerald P. Hester created this Life Tributes page to make it easy to share your memories.

Send flowers to the Hester family.