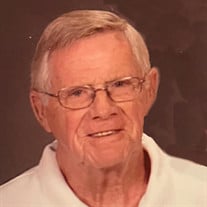 Gerald R. “Cork” Corcoran, Sr., 91 of York, PA, entered into rest, surrounded by his family, on February 22, 2022 at Autumn House – West. He was the husband of the late Jane (Phelps) Corcoran and the late Joy M. (Ferree) Gust Corcoran. Born April 26, 1930 in West Chester, PA, he was the son of the late Helena (Nessbit) and John F. Corcoran, Sr. Cork was a graduate of St. Agnes High School in West Chester, PA and a U.S.M.C. veteran of the Korean War. He was previously employed at Sinclair Refinery, Philadelphia Quartz, the former A.M.F., Graham Architecture, Riverview Architectural Products and eventually retired from York Imaging. Although given the name Gerald at birth, he was fondly known by many as: Cork, Sonny, Granddad, PopPop, Ole’ Man and Coach by his family and many friends……he will be sadly missed! Cork was an avid softball player and later a very successful softball coach. He was a beloved Philadelphia sports fan. He would ride his bike as a kid to the Eagles training camp, attended the championship parade and loved the Flyers. If a Philadelphia team was playing, you knew Cork was watching! Cork is survived by a daughter, Susan Ilyes and her husband Donald of York, PA, two sons, Michael Corcoran and his wife Stacy of York, PA and Gerald Corcoran, Jr. and his wife Rebecca of York, PA, seven grandchildren, five great grandchildren and numerous nieces and nephews. Following cremation, a graveside memorial service with military honors will be held at Indiantown Gap National Cemetery in Annville, PA on Tuesday, April 26, 2022 at 1:30 p.m. The family would like to extend their thanks and gratitude to the staff at Autumn House-West and Hospice of Central PA, along with is church family, all who helped providing meals, care and support for Cork. In lieu of flowers, memorial contributions may be made to Christ United Methodist Church, 5 Main Street, Yorkana, PA 17406 or to Hospice of Central PA, 1320 Linglestown Road, Harrisburg, PA 17110 Arrangements by the Etzweiler Funeral Homes and Cremation Service, 1111 E. Market St. York, PA 17403

The family of Gerald R. "Cork" Corcoran Sr. created this Life Tributes page to make it easy to share your memories.

Send flowers to the Corcoran family.