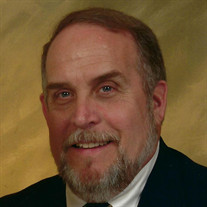 Edwin L. Yohn, 78, of York and Venice, FL died March 22, 2021 in Venice, FL. He was the husband of Virginia “Ginny” (Southworth) Yohn. They were married for 53 years. Born August 25, 1942 in Harrisburg, PA, he was the son of the late Ernest H. and Doris S. Yohn. In 1947, Ed and his family moved to Germany where his father worked as a PX Regional Civil Service Manager for 3 years. Ed graduated in 1960 from Cedar Cliff High School in New Cumberland. He attended Harrisburg Area Community College and York Junior College from 1960-1962 and completed his college education in Accounting through night classes at York College in 1979. Ed joined the US Navy Reserves in 1959 as a senior in High School. He began active duty in 1962 serving aboard the USS Jonas Ingram for 2 years. In 1964, he re-enlisted in the US Navy and trained in Norfolk, VA as a computer programmer. He remained in Norfolk for 4 years serving as a computer programmer before being honorably discharged from the United States Navy in 1968. In April of that year, Ed began working for the York Division of Borg Warner Corp where he was a programmer and advanced rapidly through various positions including Senior Programmer, Data Center Manager, Programming Manager, Programmer Analyst Manager, and Manufacturing Systems Analyst Manager until 1997. From 1997-2000, he worked for Borg Warner in Denmark as a Data Center Manager. He returned to York in 2000 as the Manufacturing Systems Consultant for all York International facilities in the United States until he retired in 2007. Ed was a member of Aldersgate Church in York and was a member of Lancaster-York APICS (American Production and Inventory Control Society) serving as the President in 1986. Ed enjoyed playing golf with a league of co-workers for many years and also playing bridge. He and Ginny saw much of the United States and Europe through extensive and very enjoyable travels. In addition to his wife, Ginny, Ed is survived by his daughter, Catherine M. Yohn; his son, Mark and his wife Lucy (Cronin) Yohn; and his grandson, Melvin T. Yohn. He was preceded in death by his brother, Robert Michael Yohn in 1976. A memorial service will be held Friday, June 4, 2021 at 11:00 a.m. at Aldersgate Church, 397 Tyler Run Road, York. A visitation will be held Friday from 10:00-11:00 a.m. at the church. Burial will be in Susquehanna Memorial Gardens. Memorial contributions may be made to Aldersgate Church, 397 Tyler Run Road, York, PA 17403. Arrangements by the Etzweiler Funeral Homes and Cremation Service, 1111 E. Market St. York, PA 17403.

The family of Edwin L. Yohn created this Life Tributes page to make it easy to share your memories.

Send flowers to the Yohn family.