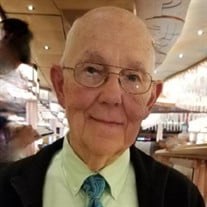 David L. Rumer, 77, of York, Pennsylvania, went home to be with the Lord on February 15, 2021 at his home with his loving wife by his side. He was the husband of Laurie “Sunny” (Wiksell) Rumer with whom he celebrated 42 years of marriage. Born in Bellefontaine, Ohio on February 22, 1943, he was the son of the late Wyatt and Katherine (Hoffman) Rumer. David graduated from Bellefontaine High School in 1961 where he grew up playing Pee Wee, Little and Pony League baseball for the American Legion. He also played for the Bellefontaine Chieftain High School Football and Basketball teams. After high school, he entered into the United States Air Force under the Buddy Program with friend John Downey. He was stationed at the headquarters of the U.S. Strategic Command, Offutt Air Force Base in Bellevue, Nebraska where he served as Sergeant for Military Security. He retired from Honda of America Mfg. Co in Marysville, Ohio where he was a production associate. He was a loyal, devoted and caring husband, father, grandfather and friend. He was a life-long Cincinnati Bengals football and Cincinnati Reds baseball fan as well as a lover of The Ohio State University Buckeye sports programs. He could talk about sports all day. Some of his fondest memories were family vacations where he spent time in Nashville, Indiana with his cousins Sandy and Gary, Myrtle Beach, South Carolina with his sister Joyce, a 40th Wedding Anniversary Cruise with his wife Sunny to the Caribbean, a Spring Training baseball trip with his son-in-law Mike and most recently a trip with his daughters and grandsons to Ocean City, Maryland. He enjoyed baking cookies for his friends and absolutely loved watching his grandsons Matt and Zeke play soccer and baseball and Andrew creating his own cooking videos. He also loved playing with his furry feline companion, Boots, whom kept him company by laying on his lap while he was sick. Upon moving to Pennsylvania in 2013, Dave became a Christian and was an active member of Living Word Community Church. He served faithfully on the prayer team, was a door greeter and a participant in a growth group, where he cultivated friendships that meant the world to him. He would be the first to tell you that it’s never too late to turn your life over to Jesus. In addition to his wife, he is survived by two daughters, Teresa (Craven) Gish and her husband Michael of York Pennsylvania, Christie Smith of Mount Lake Terrace, Washington; three grandsons Matthew Gish, Ezekiel Gish and Andrew Dunlap; a sister Joyce Clay; a niece Lisa Clay; two great nieces Breann (Clay) Fredritz and her husband Derrick and their children, all of Carey Ohio; Andreis (Faulder) Steinhour and husband Sean and their children, of Columbus, Ohio; and a cousin Sandy (Hoffman) Smith and her husband Gary of Lakeview, Ohio. A memorial service will be held on Thursday, March 4, 2021 at 6:30 p.m. at Living Word Community Church, 2530 Cape Horn Road, Red Lion, PA 17356. For those attending, masks are required and social distancing will be observed. In lieu of flowers, memorial contributions may be made to Living Word Community Church, 2530 Cape Horn Road, Red Lion, PA 17356. Arrangements by the Etzweiler Funeral Homes and Cremation Service, 1111 East Market Street, York, PA 17403.

The family of David L. Rumer created this Life Tributes page to make it easy to share your memories.

Send flowers to the Rumer family.