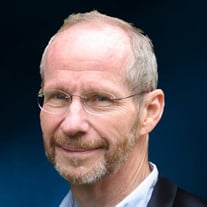 David Russel Boyer, 72 of Dover, PA, died at York Hospital on January 20, 2021. He was the husband of Katherine “Kathy” (Green) Boyer of York. Born March 30, 1948 in York, Pa, he was the son of the late Russel and Mary (Ream) Boyer. Dave retired in 2008 as a project manager for Buchart-Horn following 35 years of employment. He was a 1966 graduate of Spring Grove High School. Dave was a member of Yorkshire United Methodist Church and attended St. Rose of Lima Catholic Church. He was a member and past president of the IMC Club of York, a former board member of the YMCA of York and York County, he served for 8 years as Township Supervisor and as President of the Sewer Authority for North Codorus Township. Dave logged 1729 volunteer hours with York Hospital following his retirement. He was a member of the Weiglestown Lions Club, serving as president for the past two years. Dave was an avid gardener, loved to golf and traveled extensively. He was an active man! In addition to his wife, Dave is survived by a son, David Matthew Boyer of Central, SC, a grandson, Ignacio Russel Squef of Mendoza, Argentina, a son-in-law, Adrian Squef and his wife Laura and their daughter Mika, all of Mendoza, Argentina, a step-brother, Michael Duncker of New Oxford, PA, a step sister, Dorothy Robertson of Sacramento, CA and former longtime resident of West York, his former wife Jennifer Glashauser of Lebanon, PA and several nieces and nephews. In addition to his parents, Dave is also preceded in death by a daughter, Kristin Elizabeth Boyer Squef who died in 2010, a step-sister, Rosemary White and his step-mother, Dorothy Duncker Boyer. A public viewing will be held from 1:00-3:00 pm. on Sunday, January 24, 2021 at the Etzweiler-Koller Funeral Home and Cremation Service, 2000 W. Market St. York, PA. For those in attendance, the family is requiring masks to be worn and the practice of proper social distancing. A private service with burial in Mount Rose Cemetery will be held at the convenience of the family. Contributions may be made to the YMCA of York and York County, 90 N. Newberry St. York, PA 17401. Arrangements by the Etzweiler-Koller Funeral Home and Cremation Service, 2000 W. Market St. York, PA 17404.

The family of David Russel Boyer created this Life Tributes page to make it easy to share your memories.

Send flowers to the Boyer family.