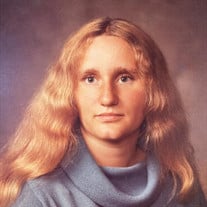 Cindy L. Keller, 60, of York, died on January 20, 2022 at Country Meadows – York South. Born in York on April 11, 1961, she was the daughter of the late Kenneth and Dorothy (Beaverson) Keller. She was a 1979 graduate of Red Lion High School and received her BA in 1984 and her MBA in 1996, both from York College of Pennsylvania. Cindy also received an APICS certification in Production and Inventory Management in 2008. Cindy was a Senior Planner for a defense industry company until June of 2018. She loved animals, cooking, playing games, Ocean City, MD, traveling, reading and most of all spending time with her family and friends. She also took care of her mother until her mother’s passing in May of 2019. Cindy is survived by a sister Wendy S. Stauffer and her husband John of York Haven, a brother Barry E. Keller of Red Lion and a nephew Marc J. Keller of York. A private memorial service will be held on Thursday, January 27, 2022, at 11:00 am at the Etzweiler Funeral Homes and Cremation Service, 1111 East Market Street, York, PA 17403. In lieu of flowers, contributions may be made to Speranza Animal Rescue, 1216 Brandt Road, Mechanicsburg, PA 17055. Arrangements by the Etzweiler Funeral Homes and Cremation Service, 1111 E. Market St., York, PA 17403.

The family of Cindy L. Keller created this Life Tributes page to make it easy to share your memories.

Send flowers to the Keller family.