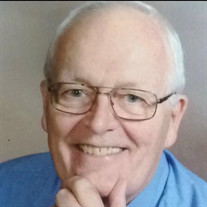 Charles R. Test, Jr., 79, of West Manchester Township, York County, died on October 3, 2021. He was born on June 11, 1942, in York, the son of the late Charles R. Test, Sr. and the late Ruth J. Miller Test. He graduated in 1960 from Red Lion Area High School where he participated in football, band, and plays. He then joined the US Air Force and served state-side during the Vietnam War. Charlie was employed as a mechanic at Miller Motor Freight, Food Transport, Beasley Ford, and Met-Ed. Charlie was a proud veteran and ardent patriot. He loved his family and attended all his grandchildren's events. He enjoyed spending time outdoors hunting and fishing. He spent many years of his retirement building and restoring street rods. Charlie was a member of Black Wolf Fish and Game Club and the Hawks Gunning Club. He was a member of Mt. Zion United Church of Christ and a member of the Ridgerunners. Charlie is survived by his wife of 7 years, JoAnn Taylor, his daughter, Carla R. Lowe, and her husband Richard, his grandchildren: Laura Werner Campbell (Shaun), Thomas Werner, and Charles Werner (Taylor), his four great-grandchildren and his three brothers: Gary Test, Donald Test, and Jeffrey Test. He is also survived by his stepdaughters: Jennie Bush, and her husband Bill, Cathy Kleiven, and her husband Keith, and Donna Wolf, and his step-grandchildren Thomas Kleiven, Kim Kleiven, Jon Bush and Emily Bush. Charlie was preceded in death by his first wife of 47 years, Christine M. Lloyd Test. A funeral service will be held Monday, October 11, 2021 at 11:00 a.m. at Mt. Zion United Church of Christ, 1054 Ridgewood Road, York, with Rev. Danielle E. Neff officiating. Interment will follow in Mount Zion Cemetery with military honors by the York County Veterans Honor Guard. A viewing will be held at the church on Monday from 9:30 to 11:00 a.m. The family asks those attending the viewing and service to please wear a mask inside the church. In lieu of flowers, memorial donations may be made to Mt. Zion United Church of Christ Memorial Fund, 1054 Ridgewood Road, York, PA 17406 or Ronald McDonald House Charities (RMHC) of Central PA, 745 West Governor Road, Hershey, PA 17033. Arrangements by the Etzweiler Funeral Homes and Cremation Service, 1111 East Market Street, York, PA 17403.

The family of Charles R. Test Jr. created this Life Tributes page to make it easy to share your memories.

Send flowers to the Test family.