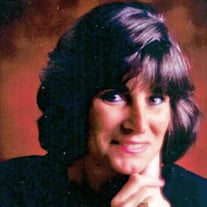 Candace J. Lankford entered peacefully into her heavenly home on February 10, 2021 after a lengthy illness. Candy was being cared for at Providence Place in Dover, Pa. Born on July 26, 1950 in Queens, New York, she was predeceased by both parents Harry and Joan Palladino. She is survived by her step-mother, Janice Palladino. She is survived by her husband of 40 years, Dennis L Lankford and treasured the wonderful memories with families and friends whether attending their sporting events, hosting holiday dinners, planning family vacations or just visiting. She is also survived by her brother, Gilbert Palladino and his wife, Patti; a half-sister, Jill Palladino; and a half-brother, Jack Palladino and his wife, Beth. She is also survived by two brothers and sisters-in law, Scott Lankford and his wife, Victoria and David Lankford and his wife, Rebecca. Surviving also are seven nieces and a nephew. Candy spent the entirety of her youth and early adulthood on Long Island and graduated from Syosset High School in 1968. She spent the summers on Friendship Beach in Rocky Point, Long Island swimming and playing her beloved game of pinochle with her many friends. When she was young, her ambition was to become an airline stewardess and her first job was working for Pan Am in purchasing in the city of New York. She also worked for the McCrory Stores, Pfaltzgraff, and Miller and Company before retiring from the Graham Companies as an executive secretary in 2004. Candy was an avid sports fan and played soccer in high school and a local women’s amateur soccer team for many years until turning her attention to golf. She did follow professional football and was part of a neighborhood fantasy football league. She was very active in the York Women’s Golf Association and served on the board of the York County Junior Golf Association and the Pennsylvania State Women’s Golf Association. For many years she volunteered in helping the local men’s and women’s professional golf tournaments that were hosted at York area golf courses. She also enjoyed participating in golf, platform tennis and social activities at the Country Club of York where she developed long-term friendships among fellow golfers. Candy was also firmly grounded in her belief and faith in the Lord and in fellowship at the North York Gospel Chapel where she very much enjoyed the ladies bible studies. She also attended Cornerstone Bible Church in Dover, PA. Her walk of faith began at the First Baptist Church in Fort Lauderdale, Florida where she was also baptized in 1979. Because of her Italian heritage and growing up in an Italian neighborhood, Candy had a special spirit and love for others and lived a life of putting others above herself. With her Italian background, she also took great pleasure in cooking her favorite Italian dishes and enjoyed being the family photographer. She was a dedicated worker, loyal friend and confidant and shared her love for her family, her friends and her Lord. This determined, steadfast spirit helped her to manage a disease that continued to limit her abilities yet she endured without complaining. We love her and will deeply miss her until we meet again. A Celebration of Life Service will be held Saturday, April 10, 2021 at 10:30 a.m. at Church of the Open Door-West Campus, 8 Carlisle Court, York, PA 17408. All current COVID-19 guidelines will be followed. In lieu of flowers, donations can be made to Human Life Services, 742 South George Street, York PA 17401 or LifeSong Hospice & Palliative Care, 3880 TecPort Drive, Harrisburg, PA 17111. Arrangements by the Etzweiler Funeral Homes and Cremation Service, 1111 E. Market St., York, PA 17403.

Candace J. Lankford entered peacefully into her heavenly home on February 10, 2021 after a lengthy illness. Candy was being cared for at Providence Place in Dover, Pa. Born on July 26, 1950 in Queens, New York, she was predeceased by both... View Obituary & Service Information

The family of Candace J. Lankford created this Life Tributes page to make it easy to share your memories.

Send flowers to the Lankford family.