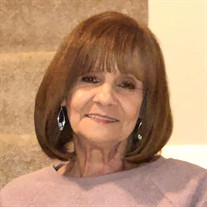 Betty C. Smyser, 75, of Dover, died on April 24, 2022. Born in Evansville, IN on March 17, 1947, she was the daughter of the late William and Laura G. (Thomas) Smith. Betty enjoyed working for several companies over the years, including Smurfit-Stone... View Obituary & Service Information

The family of Betty C. Smyser created this Life Tributes page to make it easy to share your memories.

Send flowers to the Smyser family.