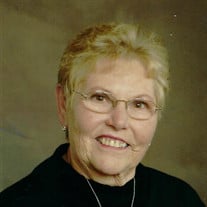 Barbara A. Prendergast, 83, passed away on October 3, 2021, at York Hospital. She was preceded in death by her husband of 59 years, Dr. Michael J. Prendergast. By her side were her daughters, Michelle A. Jacobsen, Kathleen J. Prendergast, and Susan J.P. Spence. Many friends and family had a chance to say goodbye, including Barbara’s beloved grandsons, Michael, Gordon, and Andrew Spence, as well as Susan’s husband, Adam. Barbara is survived by her brother and his wife, Ronald and Susan Smith, and her brother-in-law and his wife, Herbert and Joy Poe. Her other siblings, Geraldine Staley, Norma Poe, and Charles Smith predeceased her. Born and raised in York, Barbara graduated from William Penn Senior High School in 1956 and Jefferson School of Nursing in Philadelphia in 1959. She worked as a nurse to help put her husband, Michael, through Jefferson Medical School. Barbara convinced him to move home to her cherished York community in 1962. Throughout her life, Barbara was an active community volunteer. She served on the boards of the YWCA and St. Patrick’s Catholic Church. She also served as the President of the Sustainers of the Junior League of York. She was a certified Parliamentarian who assisted many organizations, including the Junior League, providing training on Parliamentary Procedure. She chaired the Finance Committee for the United Way of York County for many years and was only the fourth woman to chair the Board of the United Way of York County in 1993. She was actively involved with the Medical Society Alliance at the local, state, and national levels. Locally, she served in many offices, including President, and participated in its Health Careers Program for more than 16 years. At the state level of the Pennsylvania Medical Society Alliance, her involvement included future planning, finance, nominating, executive, and membership committees. She chaired health careers, program development, and mid-year confluence. She served as Fifth District Councilor, Treasurer, Parliamentarian, Central Regional Vice President, and President-Elect. She was the first woman from York to serve as President in 1987. During that time, she was recognized by Governor Casey as a key leader in developing the Alliance’s AIDS Education program for Pennsylvania schools. Barbara was a leading member of the 75th PA Medical Society Anniversary Committee and represented the State Alliance on the PaMPAC and State Medical Society Boards during her leadership years at the State Medical Alliance. Nationally, Barbara was a Delegate to the American Medical Association Alliance for more than ten years, representing Pennsylvania for meetings and events. Most recently, Barbara volunteered her time with Wellspan, working to improve services to patients. She was instrumental in persuading the hospital to provide scooters for the use of patients and visitors at York Hospital, and she helped to raise the funds for their initial purchase. Barbara was dedicated to providing scholarships to medical students. She helped to establish the State Alliance’s Medical Education Scholarship (AMES) Fund, which continues to provide scholarships to second and third year medical students at Pennsylvania medical schools. The Pennsylvania Medical Society Alliance named one of their scholarships after her in honor of her years of fundraising and time spent evaluating candidates. In lieu of flowers, memorial contributions may be made payable to the PMS Foundation—AMES Fund. You may reference the Barbara Prendergast Scholarship on the memo line. Donations may be sent to The Pennsylvania Medical Society, 400 Winding Creek Blvd., Mechanicsburg, PA 17050. A Mass of Christian Burial will be held Friday, October 8, 2021 at St. Patrick Catholic Church, 219 South Beaver Street in York, where she has been a member since 1962. The family will greet guests beginning at 9:00 am with the service beginning at 10:00 am. Burial will follow the service in Mount Rose Cemetery. The mass will be available to be viewed at https://webcasts.lifetributes.com/1166906 or on Barbara’s tribute page on the funeral home website at www.etzweilerfuneralhome.com. Arrangements by the Etzweiler Funeral Homes and Cremation Service, 1111 East Market Street, York, PA 17403.

Barbara A. Prendergast, 83, passed away on October 3, 2021, at York Hospital. She was preceded in death by her husband of 59 years, Dr. Michael J. Prendergast. By her side were her daughters, Michelle A. Jacobsen, Kathleen J. Prendergast,... View Obituary & Service Information

The family of Barbara A. Prendergast created this Life Tributes page to make it easy to share your memories.

Send flowers to the Prendergast family.