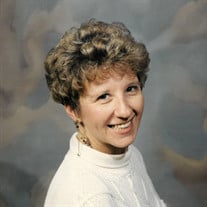 Barbara “Barbie” Ann (Sohnleitner) Ruby, loving daughter, sister, and aunt, entered Eternal Rest on February 26, 2021. She was 67 years old. Born in York on March 9, 1953, Barb was the daughter of Mary E. (Smith) Sohnleitner and J. Russell Sohnleitner, both deceased. Left to cherish her memory are her sister Brenda K. Trone, Charlotte, NC, nieces Carole L. Trone (Bill), Raleigh, NC and Kelly E. Trone, Charlotte, NC. She was preceded in death by a nephew, John P. Trone of Stanley, ID. Barb graduated from William Penn High School in 1971. She attended Thompson Business School from 1971 to 1973. Barb was employed by the Bon Ton Department Store from 1975 – 1990, as a Sales Clerk, Department Manager, and eventually Buyer. She worked at the York Water Company from 1991 – 2004, as a Customer Service Representative and eventually Collections Manager. From 2004 until her retirement in 2020, she was employed as a Waitress and Hostess at several local restaurants, including The Paddock and Weiner World. Barb was an avid fan of the Dallas Cowboys and Penn State football. She followed the careers of numerous professional athletes and enjoyed attending meet and greet athlete signing events around the country. She was an animal lover and fur mama to many pooches and kitties throughout the years. Barb loved the beach and had always hoped to move there when she retired. She enjoyed puzzles, DIY projects, and wreath making. She was a voracious reader of mystery novels and political analysis. Barb was full of love and life. She had a heart of gold and family was everything to her. She enjoyed spoiling and making crafts with her great-niece and great-nephews. She was welcoming to everyone, never met a person she didn’t immediately embrace, often bringing strangers to family dinners. She would give whatever she had to help someone in need. Following cremation, a Celebration of Life service will be held at a later date. In lieu of flowers, memorial contributions may be made to the SPCA of York County, 3159 Susquehanna Trail North, York, Pennsylvania 17406 or www.ycspca.org. Arrangements by the Etzweiler Funeral Homes and Cremation Service, 1111 E. Market St., York, PA 17403.

The family of Barbara "Barbie" Ann Ruby created this Life Tributes page to make it easy to share your memories.

Send flowers to the Ruby family.