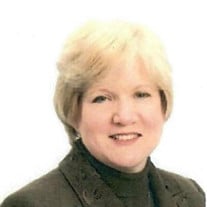 Barbara Ann Landis Hoffmann, MD, MBA, CMD, SFHM, FAAFP, CHCQM has gone to our Lord and Savior after a lengthy illness. She is survived by her husband Wayne W. Hoffmann and two sons, Christopher W. Hoffmann, Esq. of Reading and David A Hoffmann of York. Born April 18, 1959, she was the daughter of the late William B. Landis, MD and Margaret H. Landis. Surviving are three brothers William A Landis, MD, James C. Landis, and Phillip D. Landis. Attending Donegal High School, she was valedictorian before entering Wilkes College and Hahnemann Medical College under an accelerated BS/MD program. Her residency was completed at Reading Hospital and she became board certified in Family Medicine, Geriatrics, Medical·Direction, and Quality Assurance. She founded Twin Rose Primary Healthcare in Wrightsville and Columbia, serving as Vice President of Medical Affairs and President of Medical Staff at Columbia Hospital and Lancaster General Hospital Susquehanna. She was Medical Director for St. Anne's Home and at the Masonic Homes and President of Landis Consulting Corporation. Subsequently she founded MedYork and then entered Penn State Hershey where she served as medical school faculty and was awarded for teaching, mentorship, and clinical practice. Chief Medical Officer and Chief Operating Officer for St. Christopher's Hospital for Children and Associate Professor Drexel University in Philadelphia were next. Her career concluded at United Healthcare where she was Lead Medical Director and at Lancaster General Hospital where she was a hospitalist before retiring due to illness. She lectured nationally on Geriatrics and Long-Term Care and was a published author as well as a founding member and President of PMDA, a national board member for AMOA, and an expert for SHM. She was a member of Mensa and the Colonial Dames. She was a member of St. John's Lutheran Church in Maytown. In addition to her love of God, family, and country, she adored her pets and loved to swim and garden. She embraced eternal salvation through Jesus Christ and gives thanks most especially to her caregivers. A funeral service to celebrate Barbara’s life will be held at 1:00pm on Thursday, June 17, 2021 at St. John’s Evangelical Lutheran Church, 11 North Queen Street, Maytown, with the Reverend James S. Anderson officiating. Private interment in Kreutz Creek Cemetery will follow at the convenience of the family. There will be a viewing at the church on Thursday from 11:00am until 1:00pm. In lieu of flowers, contributions in Barbara’s memory may be made to St. John’s Evangelical Lutheran Church, PO Box 96, Maytown, PA 17550 or Mast Cell Society at www.tmsforacure.org. Arrangements by the Etzweiler Funeral Homes and Cremation Service, 1111 East Market Street, York, PA 17403.

The family of Barbara Ann Landis Hoffman created this Life Tributes page to make it easy to share your memories.

Send flowers to the Hoffman family.