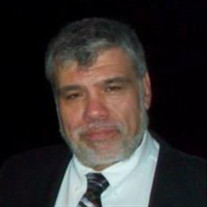 Angelo G. “Skip” Anania, 68 of York, PA, died at UPMC Memorial Hospital of York on March 29, 2022. He was the husband of Roxane (Francis) Anania with whom he observed their 47th wedding anniversary on July 6, 2021. Born October 9, 1953, in Providence, RI, he was the son of the late Angelo and Lorraine (Burns) Anania. Skip was a 1971 graduate of Bristol High School in Bristol, RI. From 1971 until the store closing in 1996, he worked for Almacs, a grocery store in Rhode Island. Skip completed his employment at Almacs as a Grocery Manager. For the next twenty years, Skip worked as a warehouse manager for E. B. Thomsen in Rhode Island, retiring in 2017. Following his retirement, Skip and Roxane moved to York to be closer to their daughter, Christine. Skip was a former member of Our Lady of Mt. Carmel in Rhode Island. He was a die-hard New York Yankees Fan, an avid bowler, a high-level softball player and former softball umpire for many years in Rhode Island. In addition to his wife, Skip is survived by a daughter, Christine Anania of York and three brothers, Michael Anania, David Anania and Richard Anania, all of Rhode Island. In addition to his parents, he was also preceded in death by a brother, Donald Anania. Following cremation, a memorial service will be held Wednesday, April 6, 2022 at 10:00 a.m. at Church of the Open Door, 8 Carlisle Court, York, PA 17408 with Pastor Brett Ayers officiating. In lieu of flowers, memorial contributions may be made to LifePath Christian Ministries, P.O. Box 1968, York, PA 17405-1968. Arrangements by the Etzweiler Funeral Homes and Cremation Service, 1111 E. Market St. York, PA 17403

The family of Angelo G. "Skip" Anania created this Life Tributes page to make it easy to share your memories.

Send flowers to the Anania family.