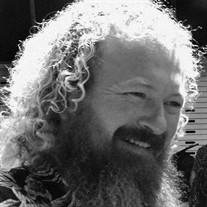 Alexander Martin Krebs, Alex to all those who knew and loved him, died at his home in Glen Rock on Tuesday October 5, 2021. He was the beloved first son of Martin B. and Melinda A. Krebs; older brother of Robert B. Krebs, his wife Kayla, and their daughters Emma and Brianna; and oldest brother of Nathan T. Krebs. His nieces were just starting to know this amazing, eclectic and brilliantly gifted man. In addition to his parents and brothers he is survived by aunts and uncles Tim and Margaret Shuey, Rob and Joann Lecrone, Chris and Lori Krebs and Louann Krebs; cousins Megan Morrison, Jacob Shuey, Tiffany Krebs, Elliott Shuey, Peter Shuey, Gretchen Lecrone, Ryan Shuey and their families; and friends and acquaintances too numerous to mention. Alex worked at D & G Electric Service and was currently working for Gilbert & Gilbert Auctions. Alex was a graduate of York Suburban in 2003, Penn State in 2008 and served his country in the U.S. Army with the Army National Guard. Alex loved dogs, especially his much-loved Hunter and current canine companion Oddie, or “Oddiferous Aurelius Maximus Krebs.” Alex loved to garden, make salsa and hot sauce, and sit in his back yard by the fire pit listening to the creek. He loved to grill, cook for himself and friends, create recipes, and tinker on his many projects. He loved listening to music, creating music and playing music. He loved the Steelers, Penn State, and tailgating with his family. To Alex, bacon was a separate food group, hamburgers were a perfect meal, BBQing was an art form and macaroni and cheese was mandatory at family gatherings and on every holiday table. Alex saw great worth in all things, especially old unusual things and was a collector. He often remarked that once someone gave him something, he could not bear to part with it because that thing, no matter how insignificant it might have been, reminded him of that person. He felt that if they cared enough to select it for him, he should care enough to keep it. Alex loved tattoos, especially his tattoos. He loved the artistry and individualized expression they represented. Each of his many, and there were many, held significance and had a story. Many more were planned. And though by appearance he was a long curly-haired, red-bearded, tattooed “tough guy,” those who knew him best got to experience the core of Alex. At his core he was kind and gentle, loved to giggle and made people laugh with his quick and often inappropriate wit and escapades. But above all things, Alex loved his family. Holiday celebrations, traditions, and family vacations were so important to him. They were practically sacred. And of all the many places he vacationed and saw, none was more special to Alex than family time at Slaughter Beach, Delaware. He already talked about “when we go to Slaughter Beach next year.” Throughout his elementary school years, he was the boy with more ideas than the rest of the class, many of them definitely unconventional, but all extremely creative. He was the builder of many projects, machines, contraptions and inventions, much artwork, and many items re-purposed in unique and unusual ways. There was never a shortage of ideas with Alex or words to explain them. He could talk for hours on any subject. Hours. And, he had opinions and the passion to back them. He could not tolerate unfair or unjust acts especially from people who did not have the intellect to back up their position. He was often the square peg fitting into the round hole. And in life, there are many round holes. In high school he was a member of PMEA District and Regional Bands on clarinet and bass clarinet but is best remembered as a jazz sax player. He was the tenor sax player in PMEA District, State and All-Eastern Jazz Bands. He also received a nomination to what was then known as The Grammy “B” Band. While in high school as a sophomore he started The Alex Krebs Quartet first entertaining at Post Prom, then playing professionally in the greater York area with his quartet. He was also “Mr. Peabody “for a few years, playing sax with Big Wheelie and The Whitewalls. He even earned money busking on a street corner in London while touring with the Pennsylvania Ambassadors of Music. Alex was a three-time recipient of The Louis Armstrong Award for excellence in Jazz Musicianship at York Suburban. Alex started his post-Secondary education at the University of North Texas. Like many of his projects and plans, he did not complete a degree there nor did he stay on his path to become a world-renowned sax player. His degree is in Electro-Mechanical Engineering from Penn State. And like many of his projects and ideas, many things appear unfinished. But not Alex’s life. Alex is with Jesus. Please join his family to remember and celebrate Alex. There will be a public viewing on Friday, October 15, 2021, from 6:00 to 8:00 PM at the Etzweiler Funeral Home and Cremation Service, 1111 E. Market Street, York, and a public Celebration of Life Service on Saturday, October 16, 2021 beginning at 10:30 AM at York Alliance Church, 501 Rathton Road, York, in The Fellowship Hall, located to the rear of the church building visible from Rathton Road. There will be parking attendants to guide you. In lieu of flowers, the family has established a scholarship to honor Alex. Contributions may be made to The Alex Krebs Memorial Scholarship c/o Kevin Alvarnaz, MBA 400 Olde Hickory Road Mount Wolf, PA 17347. For no one is cast off by the Lord forever. Though he brings grief, he will show compassion, so great is his unfailing love. For he does not bring affliction or grief to anyone. Lamentations 3:31-33 (NIV) Arrangements by the Etzweiler Funeral Homes and Cremation Service, 1111 E. Market St., York, PA 17403.

Alexander Martin Krebs, Alex to all those who knew and loved him, died at his home in Glen Rock on Tuesday October 5, 2021. He was the beloved first son of Martin B. and Melinda A. Krebs; older brother of Robert B. Krebs, his wife Kayla, and... View Obituary & Service Information

The family of Alexander Martin "Alex" Martin created this Life Tributes page to make it easy to share your memories.

Alexander Martin Krebs, Alex to all those who knew and loved...

Send flowers to the Martin family.